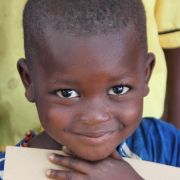 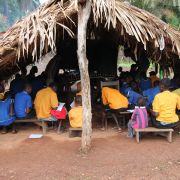 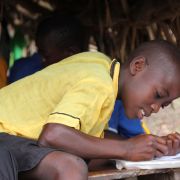 In July of 2012 a school in the village of Kortor, which is in the region of Tambakha, was destroyed by a storm.

Street Child asked us whether the money raised by Running For Change could be used to replace and build a new school. Over 130 children from Kortor and the surrounding 6 villages, as well as four teachers, were waiting for their school. We are honoured that Street Child has asked us to help.

Construction began in March 2014 of the first ever permanent school in Kortor. The construction is made up of permanent concrete foundations, brick walls and a zinc metal roof. Our money will re-equip the school with new furniture as well as providing books, paper and pens for the students & teachers. Further, our money will support the training of two of the teachers towards their Teaching Certification. 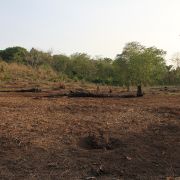 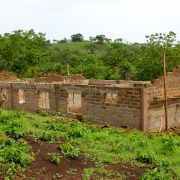 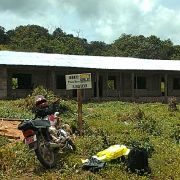 Our dream was to build a school in Sierra Leone. One that was 'Made in Lithuania'. And now this has become a reality. The school was ready for the new school year starting on 1 September 2014. However with the outbreak of Ebola in the country, schools did not start the new school year on time. Our school therefore offically had its first classes in 2015.

We want to thank again all of the people who have donated money and supported us over the years. This is your school. And we want to thank Street Child for working with us, and for making this happen.

Click on the photo to view photos from our journey to Kortor in May 2013: 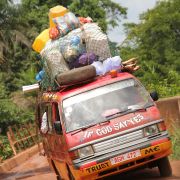